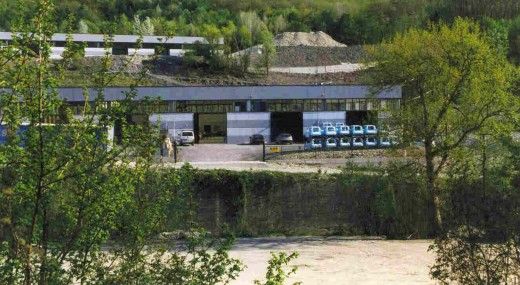 The story of KVP began in 1986, due to the competence and passion of the Pardi brothers (Angelo and Carlo) and Mauro Guerra.

Since the very beginning the Company operated with lightened composite components, for racing 4WDs, realized in GRP, Kevlar, Carbon Fiber and Hybrid materials.

KVP then started massive produtions of:
- Racing cars' seats (OMP and Sparco among all);
- From the second half of the 90s, first italian Company to produce shells for micro-cars (for the Casalini's Ydea);
- Other products such as bus components in GRP and cockpits for trucks/commercial vehicles.

In 1990, while keeping the "historical" productions active, KVP began a diversification process of its activity that brought to the Company new lines of work: industrial and civil plants, naval furnishing and industrial manufacturing, such as containers of every shape and dimension.

Between 1993 and 2003 were made several pipelines installation in GRP (up to 2200mm of diameter), commisioned by italian and international clients.

For the private sector, the Company has recently started Jeep restoration activity and car details production.

KVP , always interested to the market evolution, has one golden rule: Client satisfaction.